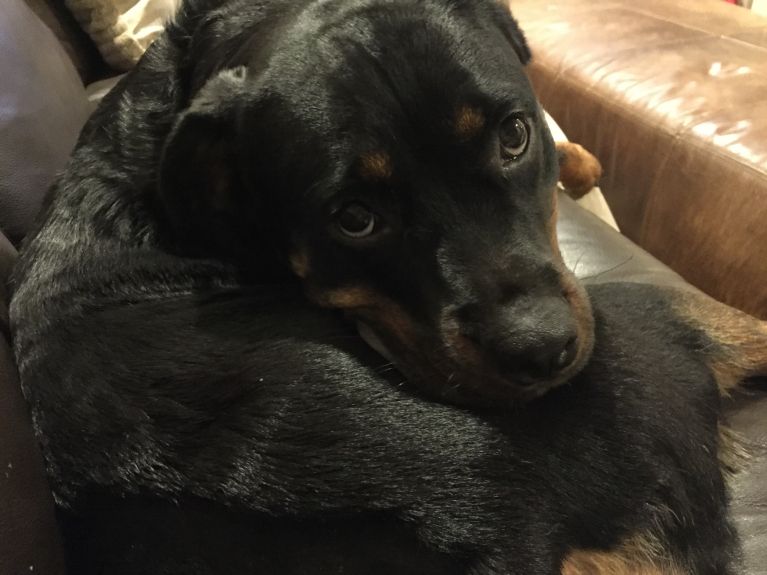 Abby had her second chemo yesterday and is doing well. The vet was concerned that she’d lost 5 pounds since her first round, but I actually think that the original weight (66 pounds) listed on her chart was immediately post-surgery, rather than 2 weeks later when she started chemo. She was a very picky eater those first few weeks, but has steadily gained weight and is gobbling up her Honest Kitchen meals. She’s 61 pounds now which is small for a Rottweiler, but I’m sure her growth was interrupted by getting cancer so young. And, besides, she only has 3 legs!

They are going to check her bloodwork next week, but if all goes well we will be on the every 3 week plan. They also plan to do x-Rays before the third chemo and a quick ultrasound check of her lymph nodes (since the osteo had spread to the node behind her amputated knee). I did ask if the post-carboplatin treatment we are planning is a form of metronomics since I was unsure. The oncologist said it’s actually a different class, but some people think of it as similar since it would be a daily dose of chemo in pill form. It is a tyrosine kinase inhibitor which she prefers for dogs with osteosarcoma. If Abby tolerates it well, we will do this after the 5 rounds of chemo.

Abby has been loving her time at the dog parks and on the trails. Every single dog sniffs her leg–I originally thought this was because of the incision, but she’s healed now. Dogs definitely notice the difference, but transition quickly into playtime. Most of them get reprimanded by their owners for sniffing the missing leg area, but I tell them that Abby can handle herself just fine. 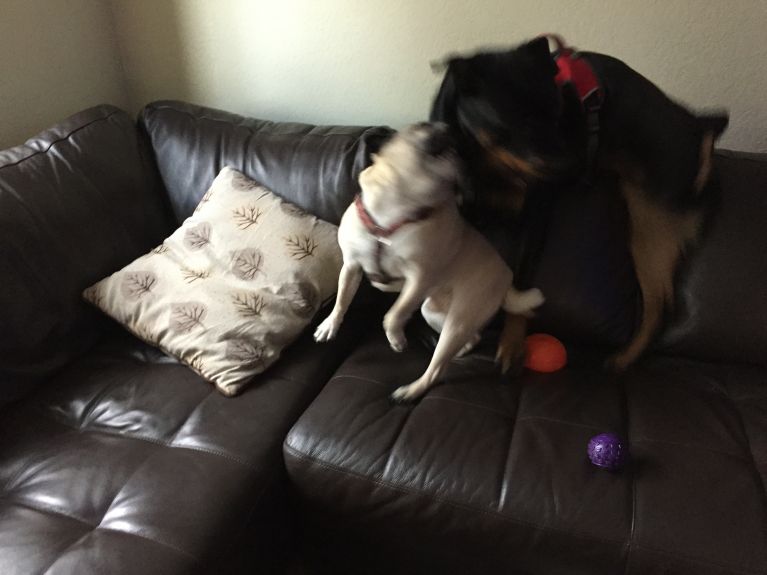 The most common question I get from the people is, “Did they get it all?” so I have to explain that osteosarcoma doesn’t usually work that way, but that we wanted to alleviate her pain and let her enjoy life. Abby usually backs me up on this by running by at that moment. For anyone who thinks that chemo is rough on Abby, I would offer this blurry picture as evidence that she is doing just fine. And the pug is too.